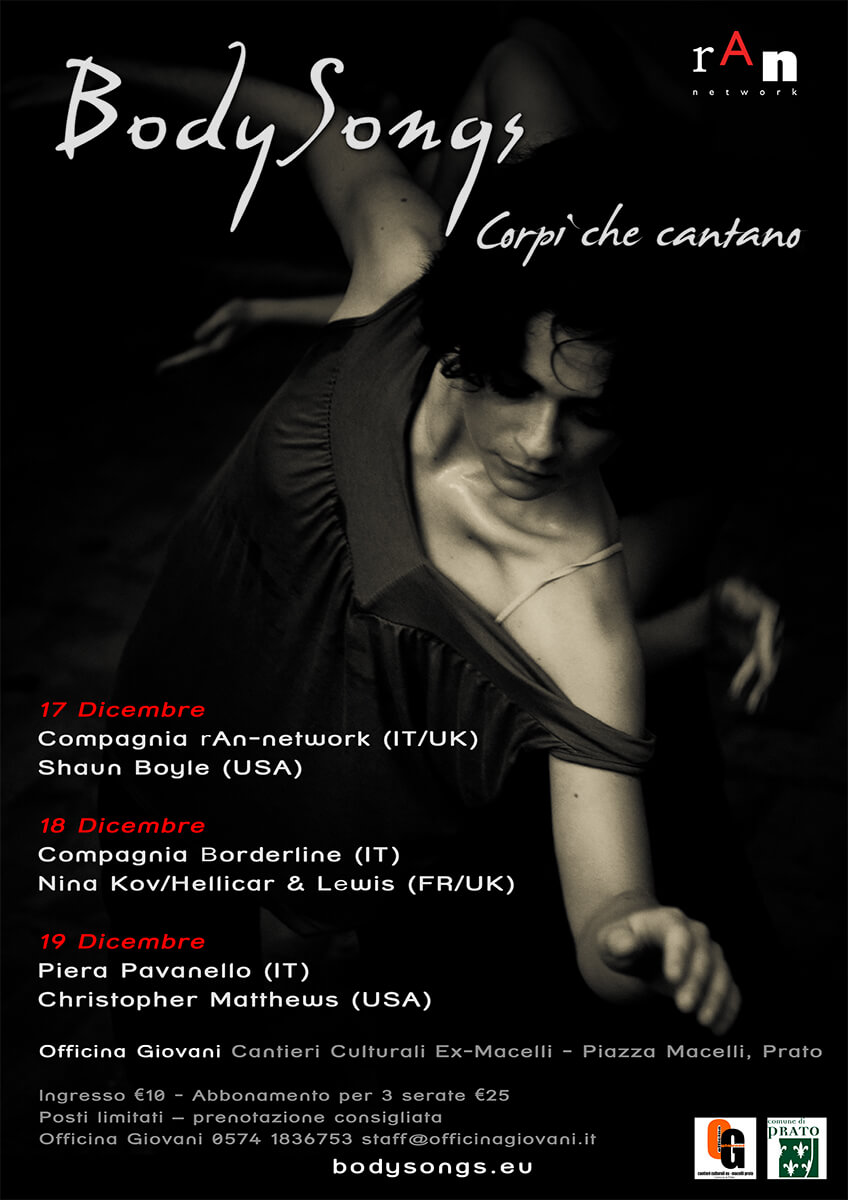 A Stream of Waiting

Inspired by the absurdist play ‘Waiting for Godot’ by Samuel Beckett, Fortunato Angelini has creted a dance event, which uses movement and explores visual environmental relationships, with a strong focus on human interchanges and complex relationships.

See, Myself & I is a work that aims to question the static, manufactured images we regularly see of females in society by intimately exposing the dynamic natures of contemporary women and the humanity that lies beneath appearances. In doing so, it examines women’s self-perceptions, as well as what is experienced as a collective whole. The four performers, who hail from Australia, Ireland, England, and the United States, not only demonstrate skill and strength as dancers, but also expose vulnerability and touching sense of honesty throughout this work. The diversity and virtuosity of movement in See, Myself & I is accompanied by an original sound score by composer Jono Podmore derived in part from the spoken voices of the dancers.

See, Myself & I premiered at The Bonnie Bird Theatre in London in September 2010.

Legami is an investigation about ourselves, about our passions and perversions; the piece shows fragments of different kinds of relationships. Gesture, dance and video create an interconnection behind a spider web, as a metaphor of the complexity of human interaction.
Legami was performed for the first time in June 2009 at the Napoli Fringe Festival and has since been presented throughout Italy.
The work is an esploration of the interaction between human bodies in terms of relationship, employing dance, video and theatre. The audience is actively involved in the performance, so as to reduce the distance beetwen the dancing body and the observing body.
Legami is an interactive work in which the actions proposed by the audience complicate and modify the plot of the performance. The public, becoming part of the choreography, experience a new state of perception.

‘Divide by Zero’ is set in an environment where connections between personal unconscious content and digital interfaces are made possible. The work reveals intimate subconscious dynamics by connecting movement to large scale interactive projections. The movements are obtained by examining the physical impact of specific emotions. During the rehearsal process, hypnotherapy is used as an entrance for creating a different kind of practice of creative collaboration, as well as a new relationship to performance itself.
Nina Kov/ Hellicar & Lewis have been nominated Associate Artists for DanceDigital 2010-2011. DanceDigital is the national organisation for Dance and Technology based in Chelmsford in the East of England.

Open studio for a solo

The starting point of the movement research for this work is solitude as a harsh, unique, concrete fact.
Disillusion arrives punctually, renewing itself consistently.
The dance generated from this investigation is intimate, violent, consisting of stops, runs, falls and changes of direction.
The body changes state, suggesting different and universal identities. The body’s boundaries move and expand in circles, like ripples when a stone is thrown in still water.
By studying solitude, when we can look at the solitude of other people, we can feel united by the shared isolation.

4.3 has been developed since 2005 from a solo research project. It has been presented in many versions through the years with different durations. 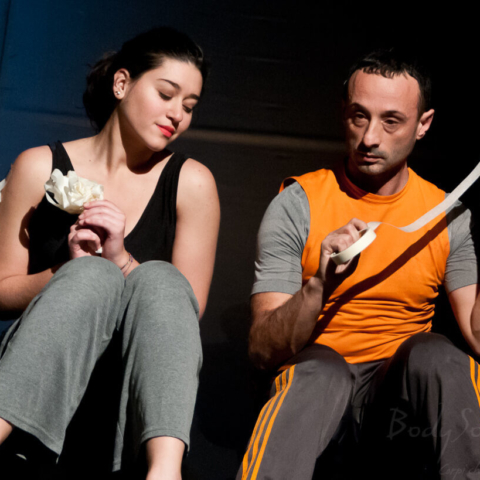 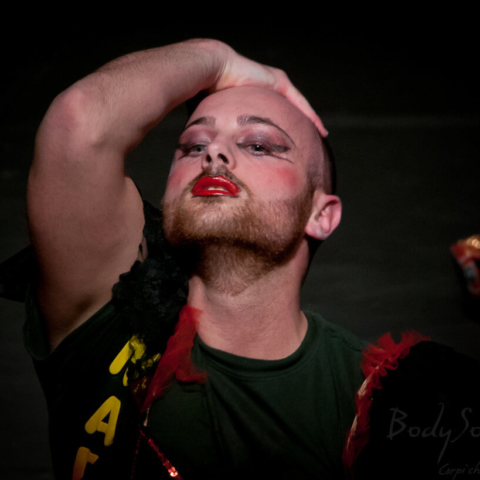 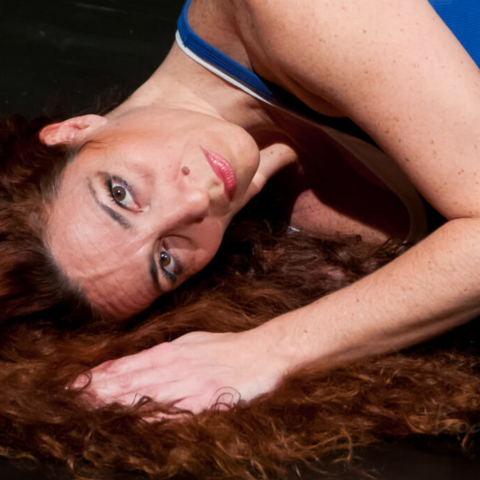 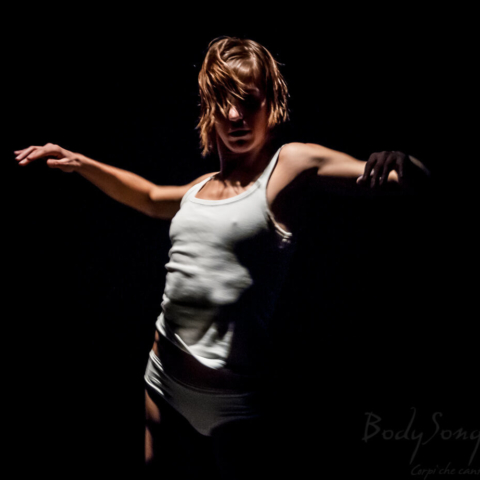 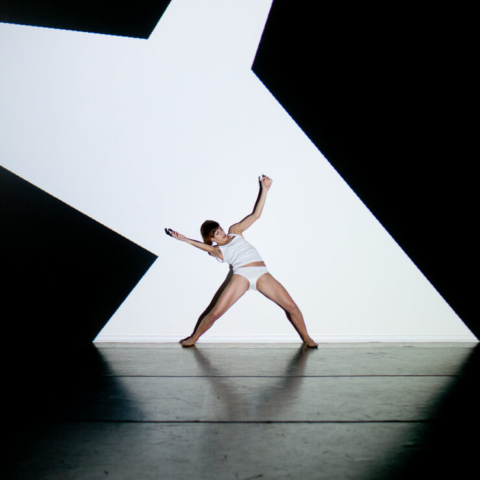 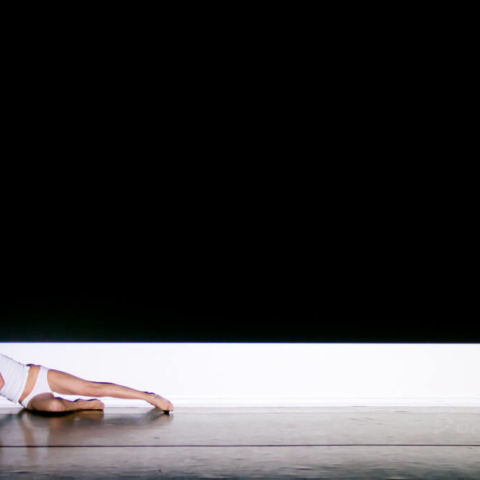 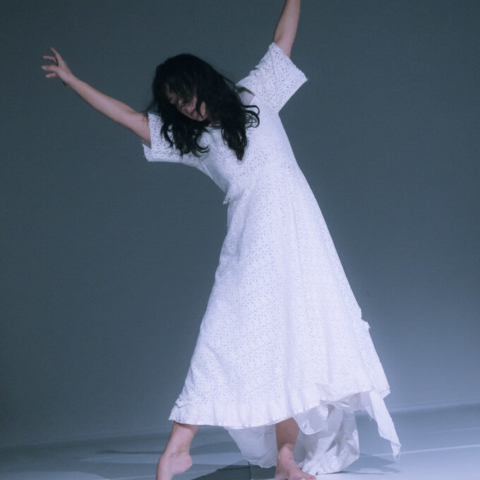 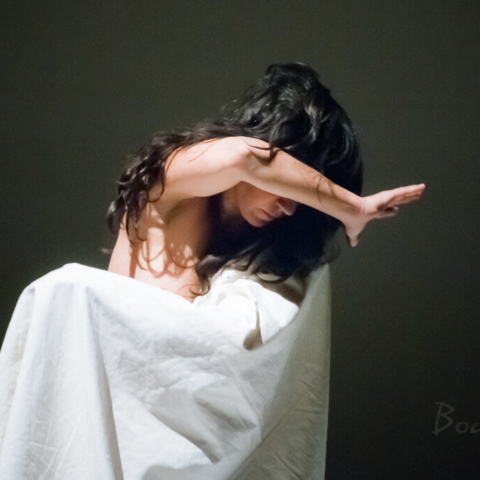 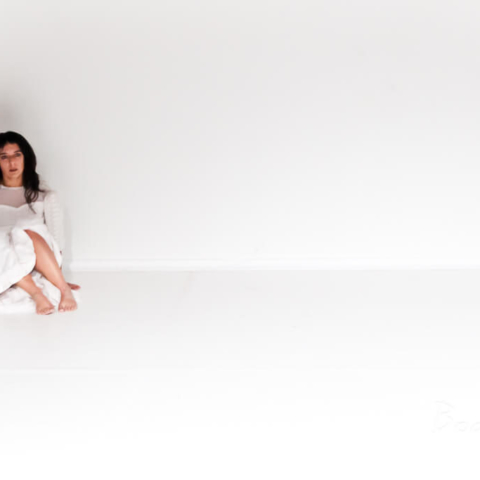 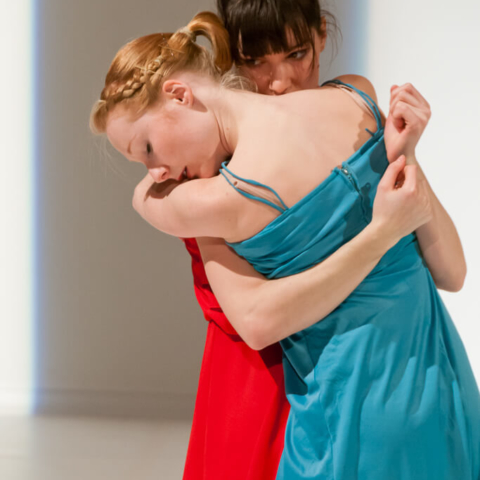 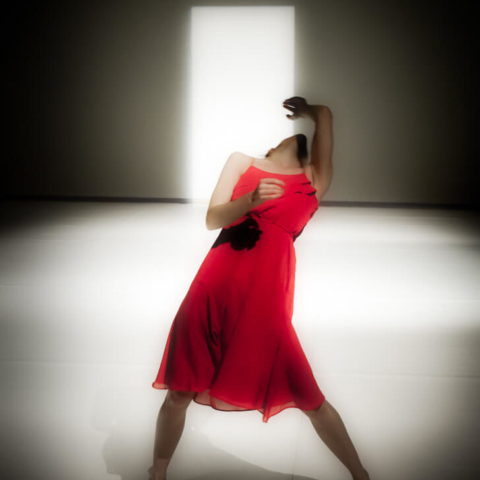 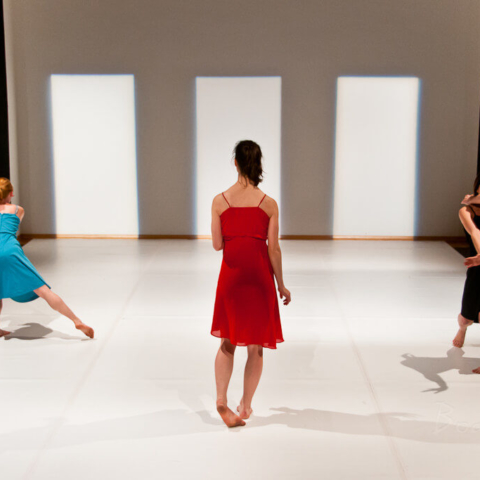 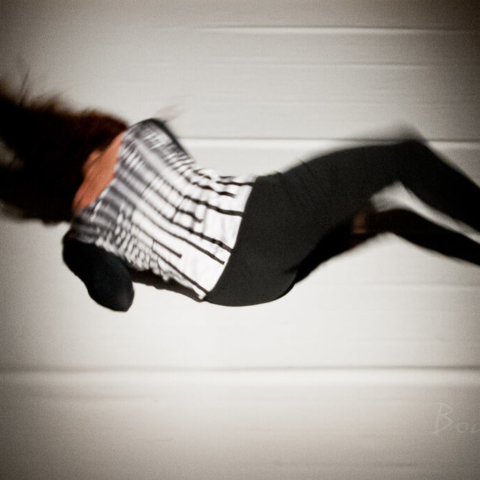 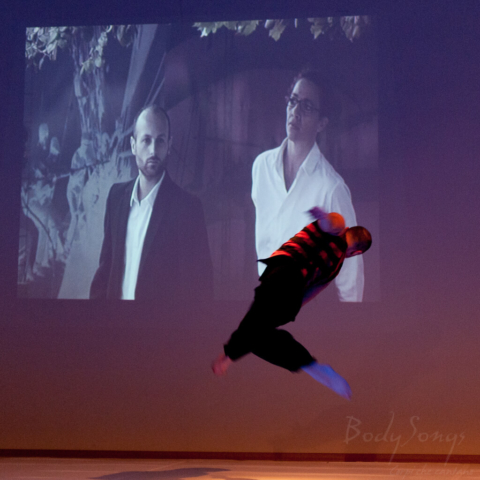 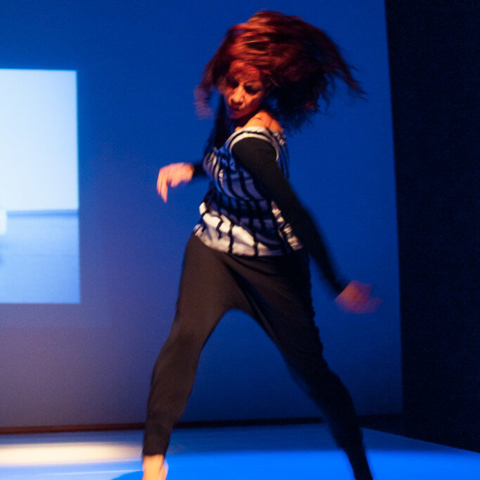